He began painting in 1955 and met Yves Klein, with whom he plays judo. It would be Yves Klein who initiated him to the spray can. His first street paintings date from 1963, where he draws a bomb in the hole of the halls his characters called “EPHEMERS” are

a reminder of the shadows that were printed on the walls of Hiroshima after the explosion.
He is an executive at the Galerie Lafayette and street painter at night. He is very marginalized in the art world and painted a lot in the street.
In the 80s, he fined 600 Francs suspended for drawing on the walls of the National Foundation of Graphic Arts and Plastics.
He is with Daniel Buren and Ernest Pignon-Ernest, one of the initiators of Urban Art in France.

Born in the Street 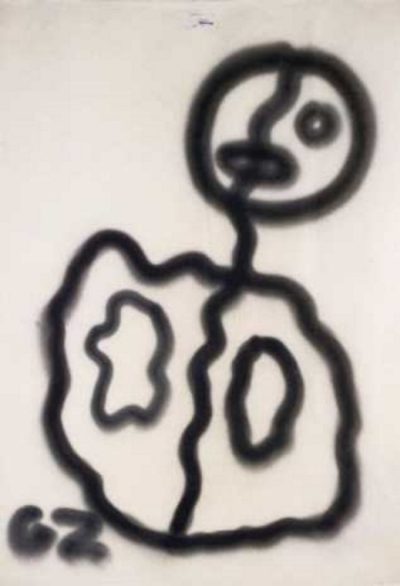 Signed on the bottom left