Alberto VEJARANO, alias CHANOIR, is a Franco-Colombian artist, born in 1976 in Bogotá. He currently lives and works in Paris.

In 1996, he became passionate about

post graffiti culture and founded the 80 collective. He studied at the Beaux-Arts in Paris with Jean-Michel Alberola and graduated in 2002. He gave drawing lessons to a little girl who offered him a drawing: a big cat. It is the revelation, he creates his alter ego and invents the systematic metamorphosis of his logotype. For the past twenty years, Chanoir has been working on spray in the streets of the world, or on canvas in his studio.

It explores the pictorial adaptations for children of the European literature of America and Japan. It depicts the different mythologies of cartoons of a globalized culture. He participates in “humor in art” then attends François Boirond for the exhibition “Beauty” in Avignon.

He directed the documentary “Free Walls” around the Barcelona Street Art scene. He collaborates with big brands like Cacharel and Samsung. He claims his work as apolitical and refuses the intellectualization of art. Exhibited by numerous galleries and even by the Cartier Foundation in 2009, he also works for hotels whose interior he decorates, such as the Streets Hotel, located in the Marais, in Paris.

Become a graffiti artist in ... 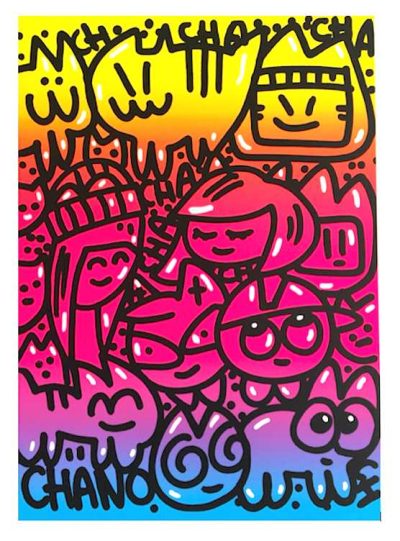