Born in 1971 in Uppsala, Sweden, André, whose real name is André Saraiva, is a graffiti artist and also a French entrepreneur. He is the creator of the character Monsieur A.

Of Portuguese origin, his parents fled the regime of the dictator Salazar and emigrated to Sweden in the 1970s. At the age of 10, he moved to Paris with his family. He discovered the world of graffiti and in 1989, he invented his character “Mr A”. He does 20 tags a night and it’s nearly 300,000 “Mr A” tagged since the start of his career. After years in the world of graffiti without really knowing recognition, his creation “Mr A” meets a real success. After the opening of his gallery in Paris “La mercerie d’André” in which he sells his works, he was spotted in 1997 by Japanese patrons who launched him on the Tokyo art scene. In 2002, he opened the BlackBlock concept store at the Palais de Tokyo. In 2004, André created the frescoes for the new terminal at Tokyo airport. He appeared in 2010 in Banksy’s film, “Do the wall!” André Saraiva enjoys great international renown for his work as an artist but is also denigrated by some as a “vandal” and even more so by environmental activists notably defending the Joshua Tree National Park in California where André painted graffiti on a rock located in the parking lot of the park. In 2011, his works were exhibited at the Museum of Contemporary Art in Los Angeles, at the Grand Palais in Paris and at the 54th Venice Biennale. In 2014, a retrospective is organized at the Museu do Design e da Moda in Lisbon 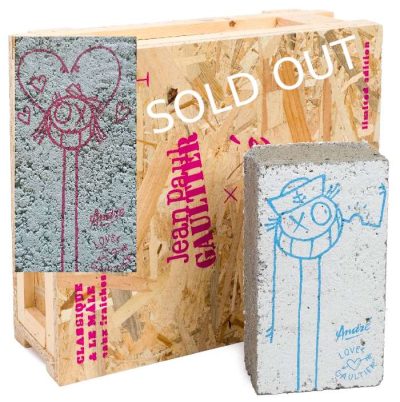