Taki 183 is an American street artist born in Greece. His real name Demetrios and his “tag” was an abbreviation of Demetraki, alternate name of Demetrios. The number 183 comes from his address on the 183rd, in the New York neighborhood of Washington Heights. Legend has it that he was a young runner in New York at the beginning of hip-hop. He wrote his nickname all over the streets of New York that he frequented daily in the late 1960s and early 1970s.
A graffiti monument, TAKI 183 is unofficially considered by its peers as the forerunner of the New Yorker tag. Praised by a New York Times journalist, Taki entered the July 21, 1971 issue of the daily, through a paper with the title remained in all memories: “TAKI 183 Spawns Pen Pals”. 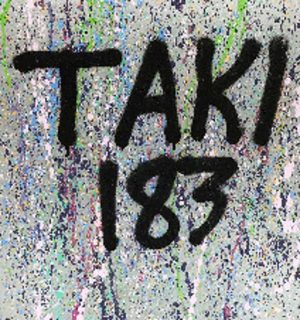 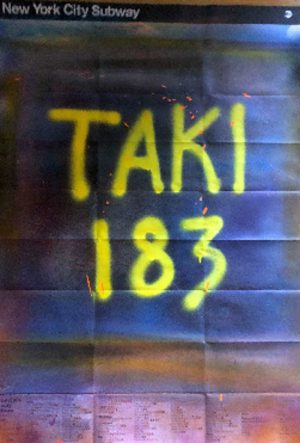